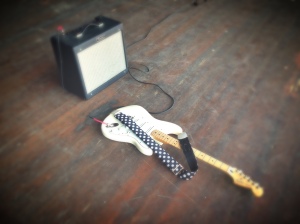 In the next day or so, I’ll explain the completely serendipitous coincidence between me using the ’67 pyromaniacal Hendrix episode as the launchpad for my own life-changes and the fact that I spent the night sleeping on that very stage two nights ago. I was in Monterey for a week, and blogging was just simply off the menu in any meaningful sense.

During my week there, I received an email from the as-yet-unnamed publication, stating that my idea for an article was intriguing, and they would like to see it.

Kinda strange.  An awkward, sort-of-Streisandic form of stage fright that now sets in; my stuff is now going to be on the block for evaluation by another.  Sure, blogging is also that in a way, but the revulsion of readers here will simply manifest itself in absence.  Anyone wanting to channel-9 this blog swill simply have to do so by the passive act of not showing up.

Now–I face the possibility that I will do my best work-and still not have it harmonize with the vision of the magazine somehow.  That’s not something to which I am accustomed.  It’s also a pressure-chamber I better get used to.