“Back to the Future,” and the one thing it TRULY DID get right 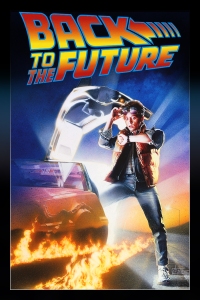 The October 21st, 2015 rubicon crossed by Marty McFly and company was almost completely muted by the faked, gaffed, and photoshopped “pre-hoaxes” that routinely swept FaceBook over the years.

When the day finally arrived, I figured something was up, based upon the truly viral nature of the claim.  Being an idiot, I did not realize that the futuristic reference was from the second film, so . . . being a bit naive, I watched the first one with my kids, as a some sort of cinematic eulogy to the day.  I mean, because after that day, even future predictions would now be in the “past.”

It never hit me that no one was concerned with screeching towards 2015 in the first one, until it was almost over.  By then, I was too tired to fire up the second one, and went to bed.  But something occurred to me: The writers did make a future prediction–in reality more of a cultural arc–from the trip back to 1955.

In the 1985 portrayal, Marty (Played by Michael J. Fox) notes that his uncle Joey is in jail, for some nondescript reason. Not a lot is made of the issue–until he goes back to 1955, where he meets his mom’s side of the family, and realizes his mom is a hormonal teenager in need of attention prone to imprint sexually and emotionally on the first suitor that walks through the door.

While he awkwardly deals with his own mother’s infatuation with the anachronistic stranger in her house, he notices his uncle Joey–still a baby and the obvious product of a late-in-life child-bearing foray–wearing a striped outfit–behind the “bars” of a crib.

And only ONE reason is inferred as to why the percent prediction will stand: The father is introducing the family’s first television while they are at the dinner table.

That’s right.  A previously engaged family are now transfixed by the glowing screen in front of them.  Cue up 18-plus years of parental neglect, and Marty’s 30-plus uncle will be locked up. Perhaps that metric is a little simplistic, but the idea that we are cultural slaves to the screens was a valid point in 1985.  Although, I wonder if Simon & Garfunkel didn’t broach this in the 60’s with their song, The Sound of Silence:

. . . and the people bowed and prayed

And yes, it does appear that the father will now be too busy watching Jack Benny to even care about his daughter’s suitors.

As I’ve said about 20/20 hindsight observances, “there’s nothing worse, than Nostradamus in reverse.” But in reality, we still are looking at our future.

There’s still time to change that.

NOTE: These screens, of course will be ironically used to see if the second’s film’s prediction will be borne out in a somewhat eerie coincidence–as the Cubs really did make it to the World Series.

This entry was posted in Blogging, Entertainment, Social media, Uncategorized and tagged back to the future, michael j. fox, television. Bookmark the permalink.

2 Responses to “Back to the Future,” and the one thing it TRULY DID get right