Jim Carrey, and the The Clutch That Is Killing Us 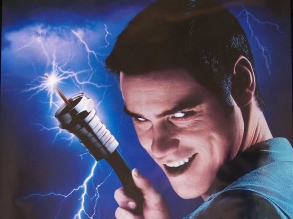 In the process of writing a book that draws from my own childhood experiences, I’ve been forced to try to relive the technical and informational limitations that define well over half the reason it’s worth using as the setting/plot/backdrop of the whole narrative.

I’ve read a million articles, seen a million memes, and come across a million “mic drops,” “hot takes” and Twitter fusillades that attempt to set the record straight; The good old days are an illusion. There was no such thing.

Of course, the horridly-political and divided tendencies to immediately pigeonhole someone pining for the “days of yore” as some chromosomally-hacked Jim-Crow throwback is usually the subtext of attempting to attack the the man of straw before he leaves the barn. But there is so much more to an expressed desire to “get back” to something that doesn’t mean a retrograde return to our sins. There is something to be said for the pace at which life is moving, the pace at which we absorb it, and sheer amount of information, stimuli, and synaptic assaults we’ve acclimated to as time passes by.

So back to my own memories. As I was writing the book, one of my characters blazes home to see his favorite TV show so he doesn’t miss it. Re-runs were neither a sure thing nor predictable, and replays of any medium simply did not exist in 1979–at least not in in any sensibly-affordable form.

Specific to my case was The Six Million-Dollar Man. To watch my favorite show required planning, availability and the ability to not imperil one’s logistical freedom by virtue of getting grounded. In other words: It took effort.

Part–or for that matter–most–of the magic in the process had not so much to do with the show itself as it did the process of waiting. A week–sometimes two depending on holidays and network specials, presidential interruptions and even pyrotechnic outbreaks in the Middle East, we a normal part of life. The cumulative anticipation for the next episode was palpably one of the greatest feelings in the world to a young kid.

In today’s world, an occasional series works like that, but once the continuity is broken, one can simply hold out for the Netflix dump next year. or, for that matter, if you’re into Stranger Things, you just wait for the instant drop of the entire season, and hope that some caffeinated insomniac doesn’t wreck it for you before you log into Facebook eight hours after the release.

But this is what we’ve acclimated to. On Mt. Everest, Advanced base Camp at 22,000 feet requires a two-week stay to replicate blood cells that will keep from killing you when you enter the “Death Zone.” Without first acclimating there, you will have a brain swell that will kill you outright.

The problem with this is that this implies the acclimation at 22,000 feet is a healthy thing. It is not. It is a prophylactic measure meant to “not kill you as fast at it normally would” on your final pitch to the top of the world.  But make no mistake:  You are sustaining damage to your body either way.

We. Are. There. Now. Culturally, mentally, technologically. Even politically. The Zeitgeist of the age now has our minds and bodies spinning at maximum velocity. Our Facebook feeds are scrolling like the NASDAQ ticker. Twitter has 140 characters that can end careers, lives, marriages and friendships. It’s designed to algorithmically key in on your anxieties, fears, outrages and Achilles heels–and magnify them. To exalt them to the highest altar in your life.

We are at Advanced base camp.

Suddenly, a virus come along and the hypersonic rates in the world of the physical life is shut down. Bodies become sedentary. Minds become anguished. Income becomes tentative, and households become frozen. Governmental edicts keep changing in fits and starts and hopes are immediately dashed by a media eclipse that refuses to allow any hope at all.  Don Henley was right about these people.

Theoretically, a slowdown would be peaceful. In the “good old days.”

Now, our minds and bodies have compensated for the lockdowns by increasing our synaptic dependency on the glowing screens that have literally changed a generation. More hate. More anguish.

And yet, antes keep going up. There is no oasis. No peace. Atonements are demanded for sin by a nameless mob of unsatiated pitchfork-weidlers, never taking into consideration that atonement is meant to end at the door of forgiveness.  And forgiveness is the ethereal fantasy that dies the violent death of Rasputin; shot, stabbed and shoved under the ice.

No rest. Not for you. Not for your mind. Not as long as that “world” you hold in your hand or on that flatscreen is allowed to run unabated, when the clutch has been pushed in on the the other matching aspects of life. One half of the differentials are frozen. The car is running in circles at maximum velocity. and the gas pedal is jammed.

So what’s the answer at this time of life? Especially in a world held hostage to a virus?

Jim Carrey released a movie in the 1990’s. Not a barn-burner. Not a deep-dive into introspection and contemplation. In reality, it was nothing more than a vehicle for his pseudo-schizophrenic talents as a character actor: The Cable Guy. The main Character works as–get this–a cable guy, which suits him, since he knows everything about every show ever created. This is because his parents, unconcerned with the parental charge given them by God, decided that the television would be the perfect way to keep their son immobilized while they forged their careers, lives, and social nets.

Over time, he becomes a composite boiling-down of every character he had ever seen. And all his reaction to stimuli were cheese-clothed through the prism of his multiple “personalities.” One minute he was Mickey Mouse, the next Jackie Gleason, and if need be–the entire Bug’s Bunny lineup. Carey’s talent’s are on full display here, but one must wonder if the movie is autobiographical.

When the Cable Guy tries to forge a romantic relationship, he realizes that who he really is can’t be found, because he’s been permanently grafted into a tree of high-pitched voices, disembodied spirits and corporate avatars. This sets him off on a mission to destroy that which has taken him. As the movie comes to a conclusion, he blows up the conglomerate satellite dishes on the city outskirts. The minute media is silenced, we are treated to a montage of families turning inward; reading, playing games, interacting. The film literally argues against a spirit of the age in the 1990s that was already consumed by 24 hour news.

But the most poignant moment in the film isn’t this. it’s the moment before. Jim Carrey’s character is getting ready to blow the whole popsicle stand apart, when the love interest that was the catalyst for the entire thing pleads with him to explain himself. And while I doubt the writers of this film were looking for metaphorical glory at the time this film was released, there is ONE answer that confirms–we have pushed in the wrong clutch–and Jim Carrey delivered what is perhaps the most meaningful thing he has ever said:

“Somebody’s got to kill the babysitter.”