The Lone Stranger, the loot, and the codex

This will be my last transmission about this issue, as it is now closed.  First off, let’s take a look at the physical property I was looking for, which eluded me, but not the wary eyes and brain of local resident, Derek Foster:

Apparently, this BOOMING economy caused the value to deprecate at a rate of 20 percent per day, instead of 10.

So my mind wasn’t thrown off much. I was looking for an envelope.

Ultimately, had I noticed earlier what I noticed yesterday, I would have found it the day before.  And yeah, yeah.  I guess anyone can say that. But here’s why I DO say it.

“A Paper Tree for the loot … crossing the river is a hoot.”

It was not until the loot had already and unknowingly been found that I noticed something that I hadn’t before.

The first three words are capitalized.  HOW–did I miss this?  Oh, I KNOW how. because there is nothing extraordinary about me or my approach. Anyway.

A–P–T.  At first I started trying to think of any “apartments” that sat right next to public property, and also property that would meet the standards for the contest.  Then, Clara says to me “what if it stands for A Pine Tree?”

This works, because also the term “a paper tree” crosses back to it’s own meaning, being that Pine is harvested for paper here.

“Shasta Dam construction is not there … school, dancing, singing if you care.”

This one simply said–OUT LOUD–“RIGHT BY THE MONOLITH.”
So to the trees around those buildings we headed.  Only for me to get an iPhone alert saying it had been found.  The only caveat I have right now is this.  The paper did not say he found it in a Pine–that is my guess.  I’ve messaged him to ask, but I assume he’s a busy man, and will get back t 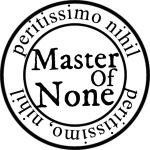 o me later.
Also, I have my own assumption about others to blame.  I simply never looked in trees RIGHT THERE because I had seen many,many people canvassing those trees.  Si I assumed they had looked with enough effort.  THAT is the only reason I didn’t.  HUGE mistake on my part.
Until next year, when my limitless powers of cerebral mediocrity reign supreme.
Lastly, the CODEX page here has an answer for the password: oficinag3.  I will be locking it up and using it for another caper soon.  I don’t like it when there’s no mystery afoot.  So I will begin creating my own.  So if you want to see the haphazard notes I was keeping about the search, go see it there.  It will all be gone and locked up soon.

Do life with me
TENKARA ANGLER

this is where I ramble - new post every Monday. Or whenever it happens.

Ordinary Adventures
Head In The Clouds, Heart In The Books

Dreaming And Reading Through Life