Weird. I finished the introductory chapter 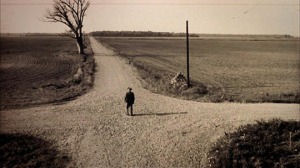 Not sure how I’m supposed to feel about this.  Last night, under what felt like a complete lack of motivation, I finished the introductory chapter that defines the protagonist . . . which is really an antagonist if you want to be technical.

Why?  Because my character is a devil.  He has lived under the pretense and illusion of competence, ala Screwtape, but is in reality, as I describe him, a “straight up, undiluted, Mephistophelean nitwit.”

Now, to chapter two.  Somewhere between fishing the McCloud River and wandering the streets of the town, and eating a Bison Burger at Floyd’s, I’m going to do this.

This thing is going to happen.  Now, I just lay in paralyzed fear about the specter of having REWRITE giant swaths of the book to fix unforeseen errors.

I know they’re coming.  How do I know?

It’s called the “Home Depot Effect.”  In effect, I start a project, you know–like switch out a simple P-trap under the sink.

So I go to Home Depot and buy a new P-trap.  I remove the old one, and then discover that the adjoining pipe leading up to the drain is now compromised because of a cracked union.

Back to Home Depot I go.

Then, it tunes out that I now don’t have the appropriate set of channel-locks to reach the giant nut stabilizing the whole thing.

Back to Home Depot.

Anyway, I COULD reference this back to my point, but I actually think the point is now clear.

9 Responses to Weird. I finished the introductory chapter