Today, I suffer from the affliction of “not wanting to write some 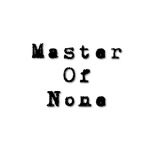 scrawling, magnum opus for five measly clicks today.”  What I mean by that is, I have a really steady stream of regulars coming in here. I have over 300 followers to some degree, and at varying levels of interest.

But yesterday, I wrote a little thing about the nature of mankind, and his nasty ability to rhetorically eviscerate the bodies in the triage unit, and that little moment of which I took great satisfaction in writing, was hardly seen by anyone.

Part of that is the fact that FaceBook is a deliberate, racketeering thug when it comes to dissemination.  The statistical readouts will sometimes tell me that, despite having nearly 200 followers on the blog’s FB page, that it was only allowed on the walls of EIGHT people.

Why?  Well . . . let’s just say, Zuckerberg isn’t a billionaire because he lets my best writing get seen without paying Pope Matt an indulgence.

So I’ve decided that, today, I’m going to write short thoughts, intermittently, and probably without pictures.  I’ve figured out that one of the FaceBook algorithms turns up the visibility limiter when I have a cute picture that accompanies the post.

Plus, I follow a number of blogs which garner a ton of traffic with what are sometimes the most boilerplate of posts.  And maybe one paragraph long–if that.  Which is perfectly fine.  I’m just trying to figure out how someone writing the words “Wow, Baltimore is on fire.  Let’s withhold hasty judgements and pray” gets 57 blogger “likes” and such.

So my guess is, brevity is one source.  If one can read the entire thought “above the fold,” in the email field, the tendency to”like” is as a complete experience is probably more above the fold as well.

Still figuring out how to drive the aircraft carrier . . .

1 Response to Little thoughts for Wednesday